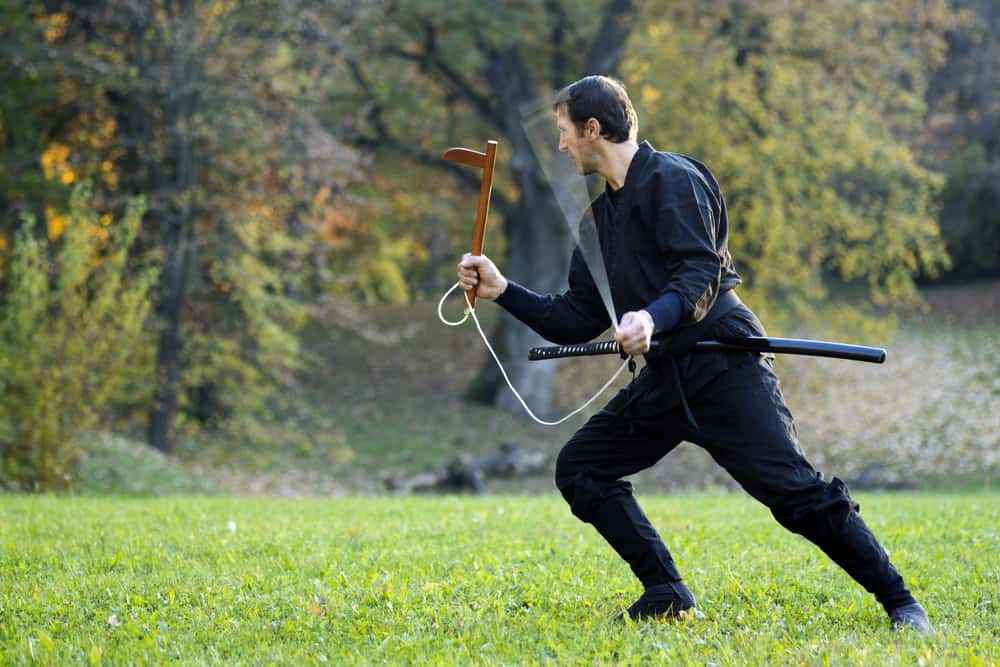 Commonly also referred to as “ninja” is an East Asian martial art form known as Ninjutsu. This “unconventional” combat form is said to have originated from Japan, and is frequently used in military tactics such as guerrilla warfare and also in espionage activities. In addition, ninjutsu or ninja is not a centralized martial art form like say judo or karate, and hence there is no single creator of this style of combat. Furthermore, in a few martial art schools in Japan “ninjutsu” used to be taught separately.

a. History/origin of the Ninjutsu:

According to the cultural history of Japan, the ninjutsu was basically created to be used in military tactics such as spying. In fact, this martial art form is said to have been first used in a military campaign during the “Genpei War”. It was during this war that Minamoto no Yoshitsune, the commander of the Minamoto clan selected a “shinobi or ninja” to do battle instead of just normal foot soldiers. Furthermore, the shinobi/ninjas were also supposed to have been used frequently as assassins, scouts, and spies, and were hired mainly by landlords known as “daimyos”. In addition, the ninjas known for their great “deception” skills basically used their overall technique to gather information and also evade threats. There also reached a stage when this martial art form was even used in espionage activities, and those ninjas who specialized in this were referred to as “shinobi no mono”.

b. Weapon used in the Ninjutsu:

There are a number of types of weapons that are used in this form of combat. They are as follows:

They include the kusarigama, Kyoketsu Shoge, Bo, and Kusari Fundo.

They include the kakute, shobo, shuriken, kubotan, tekko, tessen, and jitte.

They include kunai and shikoro.

They include the hanbo, bo jo, Tambo, yari, nagamaki, and naginata.

They include the katana, wakizashi, ninjato, tanto, kaiken, bokken, and shinai.

They include the kaginawa or grappling hook, hojojutsu, shinobi shozoku, and Ono.

c. Technique involved in the Ninjutsu and training availability:

In terms of technique, the ninjutsu involves the use of “four” major types and they are as follows:

As for training centers/schools, there are a number of them available around the world for all those interested in learning this “unconventional” martial art form. 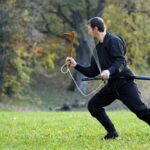 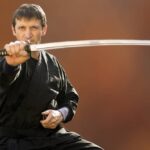