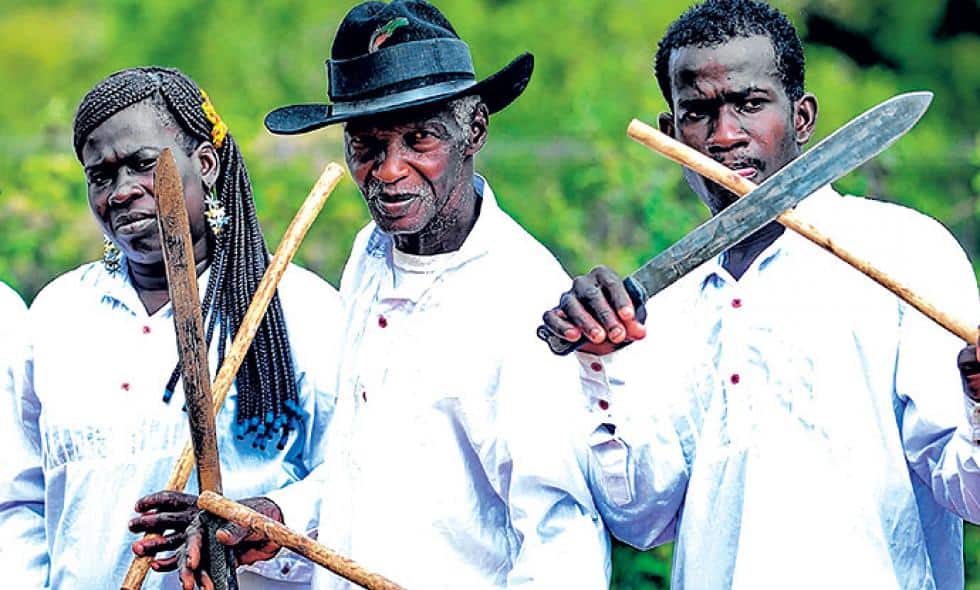 Why is “Kalaripayattu” a popular form of Indian martial art?

Popularly also known as “Jeugo De Machete” is a South American martial art form known as Grima. This “traditional” martial art form is said to have originated from Colombia. Apparently, this martial art form within Colombia has been passed from one generation to another via the “traditional master and pupil relationship”. Furthermore, this form of martial arts during the early 20th century was mainly practiced by the Afro-Colombian communities belonging to Gran Cauca and Tolima region.

a. History/origin of the Grima:

There exist four “theories” in Colombia with regards to the origin of Grima. They are as follows:

This theory states that, this form of martial art was developed by the African slaves who were recruited to Colombia to work in the mines.

According to this theory, the Grima was introduced into the Colombian society by “European” sword fighters who arrived in the country during the colonial rule.

As per this theory, the Grima is supposed to have been developed by the African slaves after being inspired by the European sword fighters.

This theory states, that Grima was essentially passed on to the Colombian soldiers by the Spanish during the “Wars of Independence”.

b. Weapon used in the Grima:

The weapons mainly used in the Grima would include sticks, lances, and knives. In addition, “machetes” are very commonly used.

c. Technique involved in the Grima and training availability:

In terms of technique, the Grima comprises of a variety of styles known as “Juegos”. A few styles used commonly are Sombra Caucana, Palo Negro, Cubano, Español, Frances, Relancino, Venezolano, Costeño etc. Now each style differs from the other in the kind of body posture, range, footwork, choreography, and tactics used. As for training schools/centers, there are none available around the world since this “traditional” martial art form is mainly practiced in Colombia.