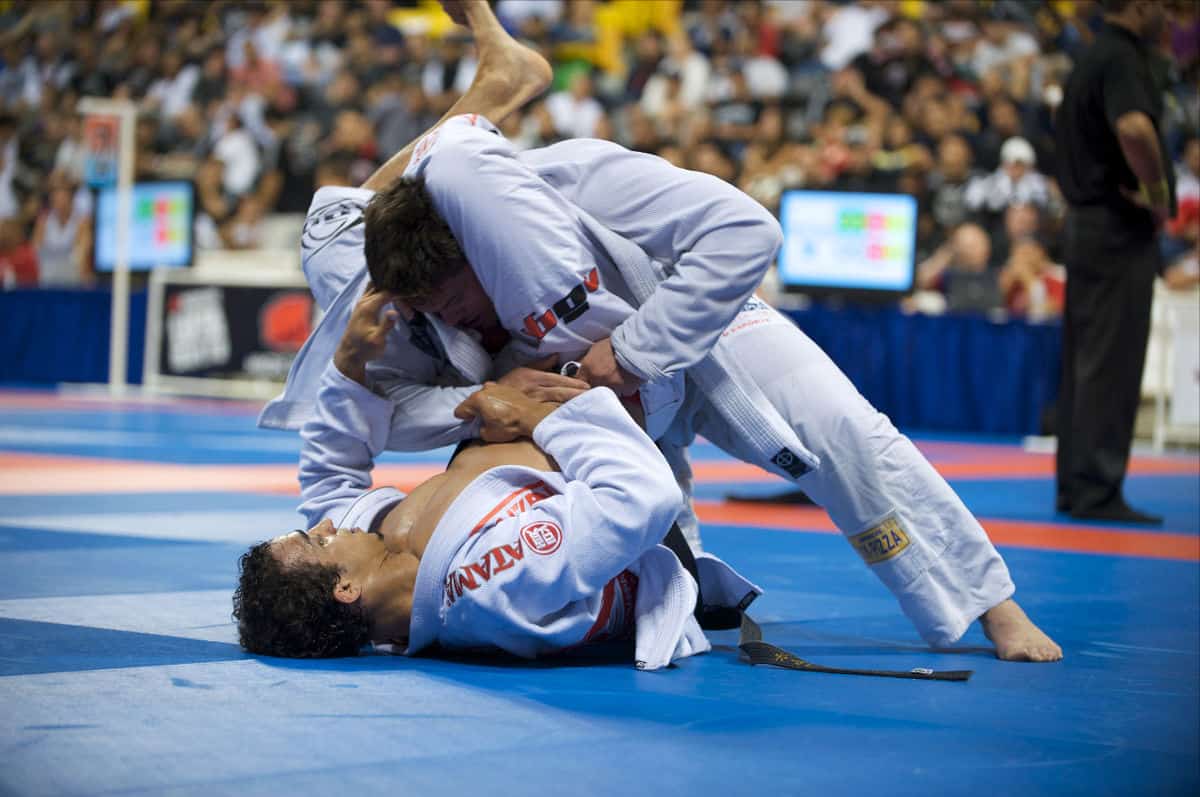 There are very few martial art forms existing in the world today in which “a weak individual can overcome a strong opponent”. And one such form of combat which encourages the “underdog conquering the favourite concept” is the “Brazilian Jiu-Jitsu”.  Now, the Brazilian Jiu-Jitsu is a martial art form which comprises of “5 primary ground... Read More

There are very few martial art forms existing in the world today in which “a weak individual can overcome a strong opponent”. And one such form of combat which encourages the “underdog conquering the favourite concept” is the “Brazilian Jiu-Jitsu”.  Now, the Brazilian Jiu-Jitsu is a martial art form which comprises of “5 primary ground positions” that a fighter may use during a bout. They are as follows:

“Pushing an opponent to the ground from the side of the body” is the best way to describe a primary position used in Brazilian Jiu-Jitsu referred to as “Side control”. In this position, the fighter in the dominant position basically applies weight on the chest of the opponent. Furthermore, more pressure may be then applied on the shoulder and hips of the opponent via the use of elbows, knees, and shoulders of the fighter in the dominant position.

“A Brazilian Jiu-Jitsu fighter literally sitting on top of an opponent’s chest” is what in technical terms is referred to as the “Full Mount” position. In this primary position, the dominant fighter applies extreme pressure on the opponent using “bodyweight and the hips”. Additionally, in this position the dominant fighter may also push the “knee” into the armpit of the opponent so as to reduce arm movement. Furthermore, from this position moves such as “armlocks” or “chokes” can also be attempted.

Also commonly referred to as “back grab or attacking at the back” is a primary position known as “Back Mount”. In this position, the dominant fighter initially holds on firmly to the back of the opponent. The fighter then wraps the legs and hooks the heel on to the thigh of the opponent. Furthermore, the fighter at the same time controls the upper body by wrapping an arm around either the neck or the chest of the opponent.

“Controlling an opponent using the leg” is the essence of this primary position referred to as “Guard/Grappling”. In this position, the fighter basically with the use of the legs/feet pushes and pulls and attempts to severely restrict the movements of the opponents. Furthermore, this position is used mainly when a fighter is in trouble and wants to launch a “counterattack” on the opponent. In addition, there are three types of “guard/grappling” positions. They are as follows:

This primary position is basically divided into two main categories i.e. joint locks and chokes/strangles. They are as follows:

“Alienating the limb of a fighter, and thereby causing the joint to move past the normal range of motion” is what this position known as Joint Locks is mainly used for. Furthermore, pressure is applied via joint locks by the fighter in a controlled manner until the opponent eventually gives up and accepts defeat. In addition, a compression lock in which basically the muscle of the fighter is compressed against a large bone such as the shin or wrist to cause severe pain may also be used.

Also called “air chokes or blood chokes” is a primary position known as “Chokes/strangles”. In this position, a fighter applies pressure on the carotid arteries and at times even at the nerve baroreceptors located in the neck of an opponent.

SHARE
Blog
WHAT GRADING SYSTEM IS USED IN BRAZILIAN JIU-JITSU