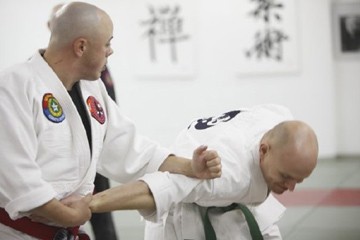 History/origin of the Small circle Jujitsu:

The founder of “Small circle Jujitsu” Wally Jay, an American martial artist apparently studied danzan-ryu jujutsu under the tutelage of Seishiro Okazaki in Hawaii.  Furthermore, he then for two years trained under the guidance of Hawaiian Judo champion Ken Kawachi. It was this time spent with Ken that provided Wally with sufficient knowledge in martial arts, with the help of which he was able to then create his own unique system. It was this system that was eventually named “Small circle Jujitsu”. In addition, Wally was awarded a “Certificate of Mastery” by his teacher Okazaki in the year 1948.

The “hands and legs” of a fighter is mainly used as a weapon in this form of martial art.

Techniques involved in the Small circle Jujitsu and training availability:

In terms of technique, a fighter in this form of martial art basically uses moves such as “locks” and “throws” to overcome an opponent. Furthermore, this form of combat is essentially based on a set of principles created by its founder Wally Jay which is referred to as “Ten Principles”. As for training centers/schools, there are a number of them available around the world for those interested in learning this “hybrid” martial art form.