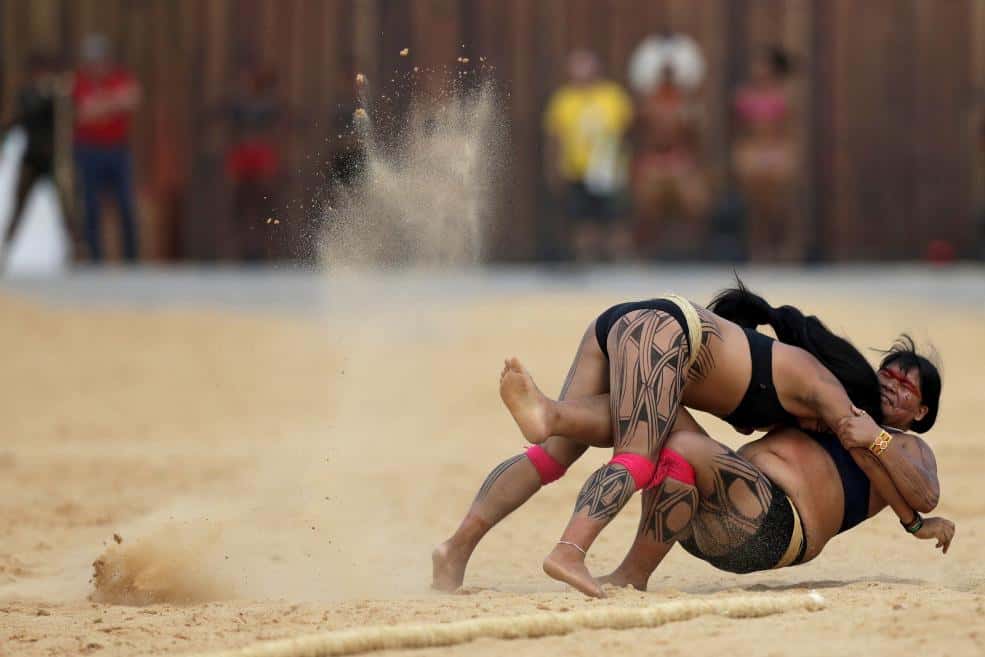 Practiced mainly by a South American indigenous community is a martial art form known as Huka Huka. This “traditional” combat art form is said to have originated from a state called Mato Grasso located in Brazil. Apparently, this martial art form is “ritualistic” in nature and is performed during an Indian indigenous community traditional ceremony called Kuarup. Furthermore, this form of combat is being introduced on an experimental basis within the Sao Paulo State Military Police.

a. History/origin of the Huka Huka:

According to the cultural history of Brazil, Huka Huka as a form of combat which was developed as part of “ritual” to be performed before a funeral ceremony called “Kuarup” by an indigenous Indian community belonging to the state of Mato Grasso located in the western part of this South American country.

b. Weapon used in the Huka Huka:

Since the Huka Huka basically is a contact sport, hands would be the main weapon used by the fighters respectively. Furthermore, “grappling” technique is mainly used in this form of martial art.

c. Technique involved in the Huka Huka and training availability:

In terms of technique, the fighters initially sit on their knees prior to the commencement of the bout. They then rotate around each other in a clockwise direction. Furthermore, the fighters then grapple with each other and attempt to “lift and knock” each other on to the ground. As for training centers/schools, there are none available around the world since this “traditional” martial art form is mainly practiced by an indigenous Indian community in Brazil.