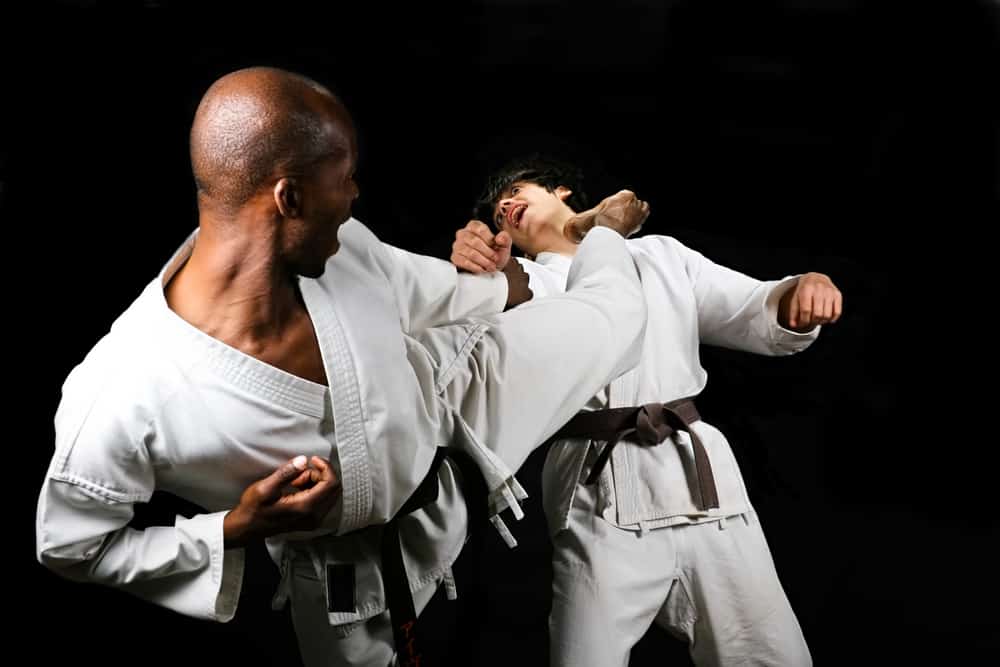 Generally making use of “cross training” is a form of North American martial arts known as American Karate. This form of “eclectic” martial art system is said to have originated from Phoenix, Arizona located in the United States of America. Apparently, American karate has been inspired from elements of martial arts belonging to East Asia.... Read More

History/origin of the American Karate:

Karate as a martial art form was first developed in Asia around India and China. Furthermore, a system was then created especially in monasteries such as Shaolin in China, which was then made popular in other countries by travelling monks and traders. However, Karate as a martial art form is said to have actually originated in Okinawa, an island located off the coast of Japan. In fact, “family styles” of karate already existed in Okinawa which then led to development of several other styles within Japan.  However, it was finally in the year 1946 that karate was first introduced in Phoenix, Arizona in the United States of America by a navy veteran whose name was Robert Trias. In addition, it was during the 1950’s and 60’s that many popular karate teachers from across Asia travelled to America in order to popularize this martial art form.

Weapons used in the American Karate:

The main weapon used in this form of marital art are the “legs and the hands” of the fighter.

In terms of technique, this form of martial art mainly involves the use of “striking”, and hence moves such as punching, kicking, knee strikes, and elbow strikes are commonly used by the fighter. Furthermore, moves such as grappling, throwing, joint locks, and vital point strikes are also at times used.  As for training centers/schools, there are a number of them available all around the world for all those interested in learning this “eclectic” form of martial art.