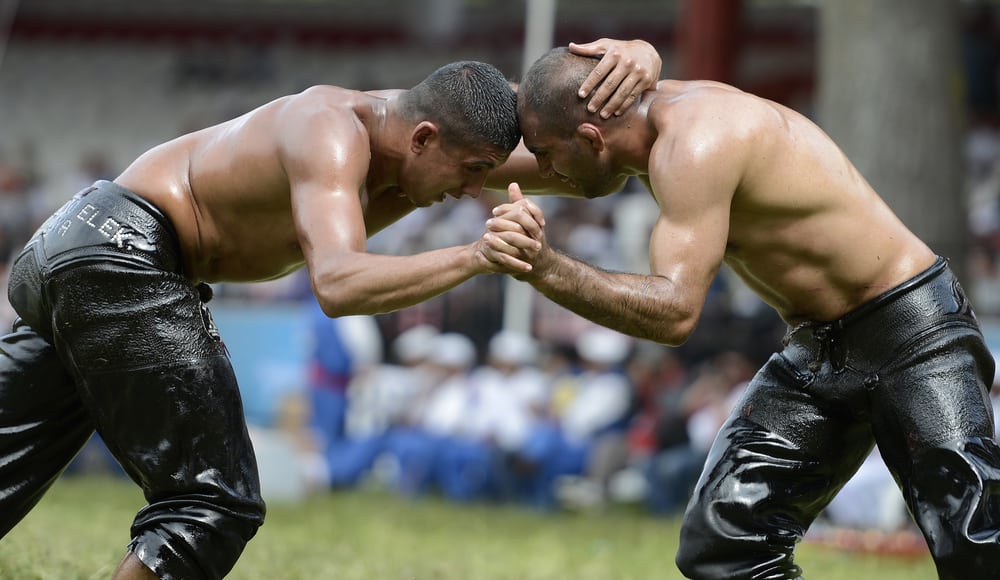 Popularly known as “grease wrestling” is a Eurasian martial art form known as Oil Wrestling. This “grappling” combat style is said to have originated from Turkey. Furthermore, the wrestlers essentially wear a dress code that includes a trouser made up of leather known as “kisbet”. In addition, UNESCO has officially included “Oil Wrestling” in the list of “Intangible Cultural Heritage”. Earlier a duel in this form of wrestling used to carry on for about one or two days but, it was in the year 1975 that a time limit of 40 minutes was finally set.

a. History/origin of Oil wrestling:

Apparently, Oil wrestling has been practiced throughout western Eurasia for centuries and was popular under the names of Koras, Khuresh, Kurash etc. Furthermore, the origins of this form of wrestling can be found in the city of Babylon that was located in ancient Mesopotamia. According to the cultural history of Turkey once the Anatolia peninsula was captured by the “Selijuk Turks” a style of wrestling known as “Karakucak Guresi” was developed. It was this “grappling” combat form that was further developed into what was referred to as Yagli Gures or Turkish Oil wrestling.

b. Weapon used in Oil Wrestling:

It is mainly the “hand” of the fighter that is used as weapon in this combat form.

c. Technique involved in the Oil Wrestling and training availability:

In terms of technique, the primary objective of a wrestler (known as pehlivan) in this form of combat is to control his opponent by placing the arm through the leather trouser known as “kisbet”. Furthermore, when a wrestler acquires victory through the move mentioned above it is referred to as “packa kazik”. As for training centers/schools, there are a few available especially in Turkey for those interested in learning this “grappling” martial art form. 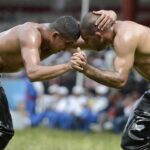 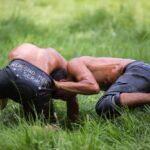 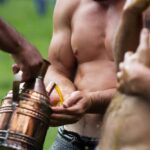