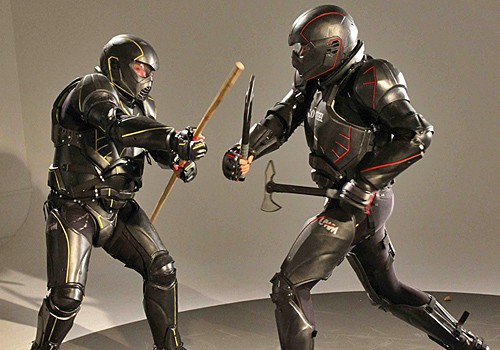 History/origin of the Unified Weapons Master:

Apparently, the Unified Weapons Master (UWM) was created by David Psyden and Justin Forsell in the year 2009. Furthermore, it was while Forsell was studying the combat form Krabi Krabong in Bangkok that he thought about creating a weapon based combat system. In fact, Forsell’s intention is backed up by co-founder and CEO of Chiron Global David Psyden who officially commented in the “Wired” magazine that “Of the 303 martial arts, about 96 of them are weapons-based. These are fading into obscurity, because there’s no forum where these athletes can compete safely”.  In addition, with relation to the development of this combat form Psyden also stated that “Our vision is to reignite interest in weapons-based martial arts that have been practiced and developed over thousands of years”.

The “Non-edge weapons” is mainly used by a fighter in this combat style.

The technique involved in the Unified Weapons Master and training availability:

In terms of technique, in this combat form a fighter basically makes use of “striking” techniques using non-edged weapons to attain victory. In addition, the fighter also wears a suit made up of carbon fiber known as “Lorica Suit”. Furthermore, this suit not only protects the fighter but, also comprises of a “sensor” that measures the opponents strike position and its impact on the body.  As for training centers/schools, there are none available around the world for this “weapon” based martial art form.