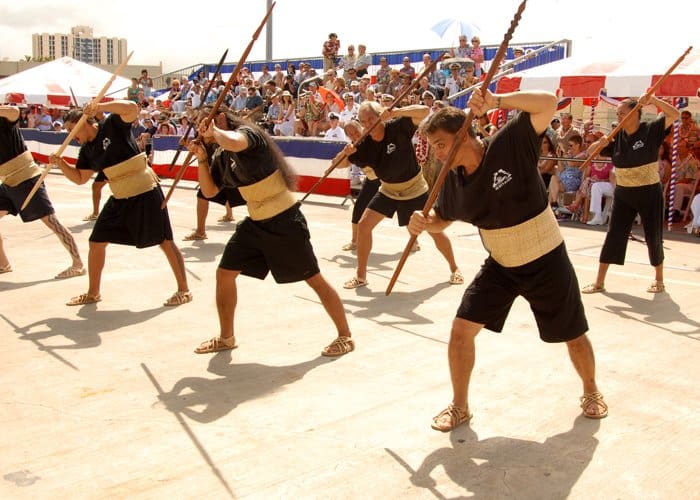 Commonly referred to as “Lua” is a North American martial art form known as Kapu Kuialua. This “hybrid” combat form is said to have originated from the Hawaii Island located in the United States of America. Furthermore, this combat style is said to have been based on a strategy known as “joint manipulation”. In addition, this combat style comprises of a training system that includes spear catching, training in the surf, and focus of “mana” or life force.

a. History/origin of the Kapu Kuialua:

According to the popular Black Belt martial art magazine, a warrior tribe known as “Koa” is supposed to have developed the Kapu Kuialua in the Hawaii Islands. Apparently, the term “Kuialua” when literally translated means “two hits”. Furthermore, this combat form is generally only taught to professional warriors, guardsmen, and members of the royal family. However, it was during times of war that even the “common man” was taught this combat form. In addition, elements belonging to the Kuialua were added to the “danzan-ryu” karate style which was developed in a county called Hilo located in Hawaii by Henry Okazi in the 1920’s. It was in the year 1963 that this combat form was first introduced outside Hawaii in the United States of America by Olohe Solomon Kaihewalu.

b. Weapon used in the Kapu Kuiala:

The weapons mainly used are as follows:

c. Technique involved in the Kapu Kuiala and training availability:

In terms of technique, Kapu Kuiala is basically based on the “joint manipulation” concept. And so moves such as bone breaking, joint locks, throws, pressure point manipulation, and striking are frequently used by the fighter in this martial art style. In addition, use of weapons also forms a major component of this combat form. As for training centers/schools, there are none available around the world for those interested in learning this “hybrid” combat style.