“Aku Ramah Bukan Berarti Takut, Aku Tunduk Bukan Berarti Takluk” (meaning “I am friendly but it does not mean I am afraid, I am reserved but it does not mean I surrender” when translated in English) is the motto of a Southeast Asian martial art form known as Tarung Derajat. This “hybrid” form of combat is said to have originated in Indonesia, and was developed by a street fighter named Haji Achmad Dradjat. Furthermore, this martial art form basically focuses a lot on “punching and kicking”. In addition, Tarung Derajat is officially recognized as a national sport, and is used in martial art training by the Indonesian armed forces and national police.

a. History/origin of the Tarung Derajat:

According to the cultural history of Indonesia, the Tarung Derajat was first developed by a “street fighter” known as Haji Achmad Dradjat in the country. Apparently, Haji was born in a rough neighborhood in the city of Bandung. Now, a group of youngsters fighting on the street was a common occurrence in this neighborhood. It was thus to survive this atmosphere of violence that Dradjat eventually developed a form of combat, and named it “Tarung Derajat” from the words “Tarung” meaning fight and “Derajat” meaning pride, dignity, or prestige. Furthermore, he basically created this form of combat using “four” basic moves of fighting which includes punching, kicking, boxing/dodging, and grappling. In addition, in the year 1972 he also created a shelter for people interested in learning this form of fighting which was initially named “AA Boxer” and later renamed to “AA Tarung Derajat”.

b. Weapon used in the Tarung Derajat:

The “hands and legs” of fighter are used as weapon. In addition, the use of external weapons is completely avoided in this form of fighting.

c. Technique involved in the Tarung Derajat and training availability:

In terms of technique, the Tarung Derajat is essentially based on five main principles that include strength, speed, accuracy, courage, and tenacity. Furthermore, moves such as punching, kicking, grappling, and sweeping are mainly used by a fighter to overcome an opponent in this form of combat. As for training centers/schools, there are few available especially in Indonesia for those interested in learning this “hybrid” martial art form. 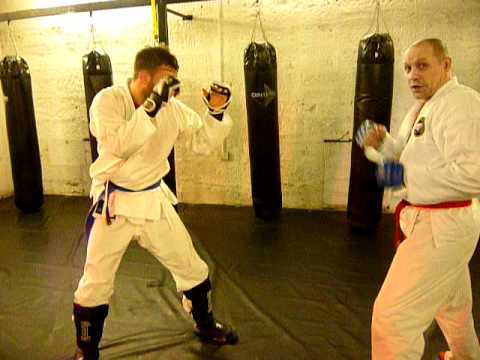