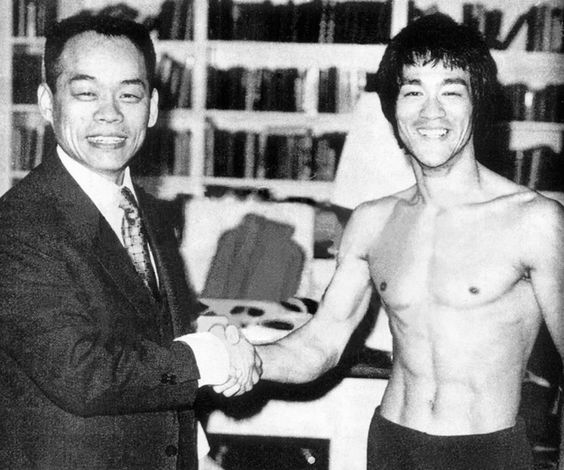 In the world of martial arts there exist several forms that are extremely popular all around the world.  One of the many renowned combat styles is Taekwondo. Now, this martial art form is extremely popular in the United States of America, and due credit for this must be given to a Korean martial artist named... Read More

In the world of martial arts there exist several forms that are extremely popular all around the world.  One of the many renowned combat styles is Taekwondo. Now, this martial art form is extremely popular in the United States of America, and due credit for this must be given to a Korean martial artist named Jhoon Rhee.  However, the truth is that not many people around the world are aware of this martial artist and his contribution to Taekwondo. And so, here is presenting a few facts that will help people deconstruct the mystery surrounding Jhoon Rhee’s contribution to martial arts in particular the “Taekwondo” style of combat.

It was in the 1964 while participating in the “Ed Parker’s International Karate Championship” that Jhon Rhee first met Bruce Lee. It was at this popular martial art tournament held at Long Beach in California that, Rhee and Lee struck up friendship. They then discussed martial arts at length, and apparently Rhee is supposed to have taught Lee techniques involved in taekwondo. Furthermore, he also taught the great Muhammad Ali how to “accu punch”. This fact was confirmed to be true by Ali himself, when he admitted to using it to knock out the then British heavyweight champion Richard Dunn in a duel that lasted for only about one minute and thirty seconds. Additionally, Jhon Rhee himself thanked Lee for helping him improve his hand techniques.

The “actor” within Jhon Rhee:

“When Taekwondo Strikes” is the name of the martial art movie which stars Jhon Rhee in a major role. Set during World War II when Korea was ruled by the Japanese Empire, this film provided Rhee with the perfect platform to exhibit his splendid taekwondo skills. It was however unfortunate that due to his inability to stay away from his family and his martial arts school that he was not able to act in many more such movies.

The transition made by Jhon Rhee from being a “Karate Man” to “The Father of Taekwondo”:

It was during the 1950’s that Jhon Rhee while studying engineering in Texas, that he also began teaching martial arts. Apparently, he is said to have referred his combat style program as “karate”. Now, it was in the year 1960 that General Choi Hong Hi a South Korean army general and martial artist visited the Texas based martial art school set up by Rhee. It was at this school that Choi Hong advised Jhon to rename the combat system he was using to “Taekwondo” which he said basically gave out a feeling of “independence”. And so, Rhee agreed to what Hong Hi had to say and renamed his martial art system to “Taekwondo”.

The Role of  “Godfather” played by Jhon Rhee in the development of Taekwondo within American society:

It was during the 1940’s while Jhon Rhee was still a student that he had begun teaching his system of martial art system (which became known as taekwondo) to his classmates. It was then these classmates of Rhee that traveled to several countries around the world and taught taekwondo. Thus, in this manner Jhon gradually managed to help spread the martial art system he used called “taekwondo” all around the globe.

John Rhee, a martial art master who taught many “Senators”:

“350 US senators and representatives” are supposed to have been trained in martial arts by Jhon Rhee. The fact that the martial art school of Jhon was based in Washington DC itself, enabled him to train many representatives such as Bob Livingston, Jesse Jackson Jr, and Carolyn Maloney.  Furthermore, one of his students also happens to be the former US Vice-President Joe Biden.

It is thus only due to the vision and passion of  a martial artist named “Jhon Rhee”, that we have been able to see the combat style taekwondo rapidly grow not only throughout the United States of America but also around the globe.

How Do You Choose The Ideal Martial Art School?
Previous Post
Tao of Jeet Kune Do, A Must Read Martial Art Manual