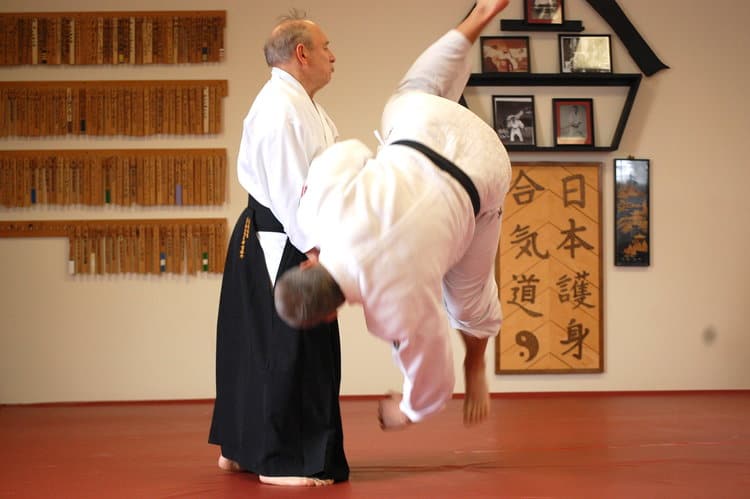 by admin
Popularized by a martial artist known as Takeda Sokaku is an East Asian form of martial art known as Daito-Ryu Jujutsu. This “traditional” form of martial art is said to have originated from Japan about 900 years ago. Apparently, when literally translated to English Daito-ryu means “Great School”. Furthermore, this form of combat became extremely... Read More
CUHONG NHU- VIETNAM

a. History/origin of the Daito-Ryo Jujutsu:

According to the cultural history of Japan, the Daito-ryu martial art form was first developed about 900 years ago. It was developed by Minamoto no Yoshimitsu who said to have belonged to an imperial clan called “Minamoto”. Apparently, it was by dissecting bodies of dead soldiers killed in battle and studying their anatomy that Yoshimitsu understood techniques such as joint locking and point striking.  In addition, Yoshimitsu also learnt yet another martial art form known as “Tegoi”. It was thus by combining elements such as “joint locking” and “point striking” along with features from Tegoi that he created a unique martial art form which was eventually called “Daito-ryu”. Furthermore, he then settled in the Kai Province and passed the knowledge related to this martial art form on to his family. It was eventually the great grandson of Yoshimitsu who changed the family surname to “Takeda”. Thus, the Daito-Ryu stayed within the Takeda family until the late 19th century when Takeda Sokaku began teaching this form of combat outsiders. He (Sokaku) then gradually began travelling all around Japan in order to popularize Daito-ryu as a form of martial art.

b. Weapon used in the Daito-Ryo Jujustu:

Basically “hands and feet” of fighter is used as a weapon in this form of combat.

c. Technique involved in the Daito-Ryo and training availability:

In terms of technique, a fighter in this form of combat initially needs to evade an opponent attack before going on an “offensive” and controlling the duel. In addition, moves such as throwing or pining are used frequently by the fighter in this form of martial art. As for training centers/schools, there are number of them available around the world for those interested in learning this “traditional” Japanese martial art form.