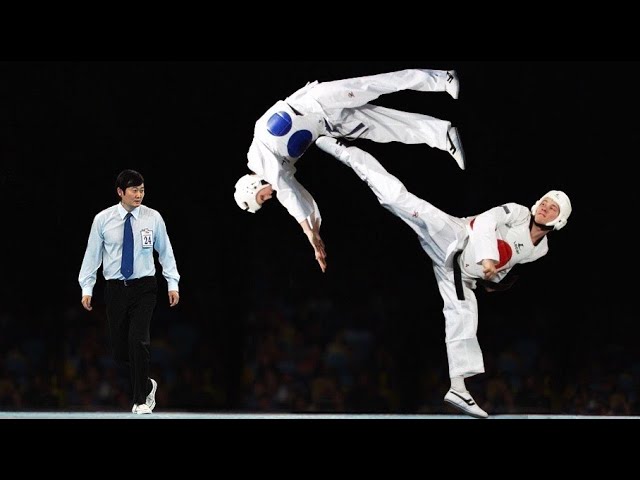 Developed mainly using “fast kicking techniques” is an East Asian martial art form known as Taekwondo. This “striking” combat form is said to have originated from South Korea. Apparently, Taekwondo has been developed fusing elements belonging to styles such as Karate, Taekkyeon, Subak, and Gwonbeop. In addition, elements belonging to Chinese martial arts were also used in this form of combat. Furthermore, an organization called the “Korea Taekwondo Association” was established in 1959 by members belonging to each of the nine martial art schools (also known as kwans) in Korea.

According to the cultural history of South Korea, it was after the completion of World War II in the year 1945 that new martial art schools known as “kwans” were introduced in the city of Seoul. Apparently, these schools were opened by a group of Korean martial artists who had studied in Japan while their country was under Japanese colonial rule. Furthermore, it was at these kwans that “taekwondo” was first created using elements belonging to Karate, Taekkyeon, Subak, Gwonbeop, and Chinese martial arts. It was however in 1952 when then-South Korean President Syngman Rhee first saw a live martial art demonstration performed by the military. He was so impressed by the performance that he encouraged all “kwans” to get together and create a single Korean combat system. In addition, a system was created by the kwans, and the term “taekwondo” was coined by Choi Hong Hi a South Korean army general for this form of combat.  Eventually, an organization known as the Korea Taekwondo Association was created in 1959 with the intention to unite all forms of traditional Korean martial art form under one banner.

The weapon used in Taekwondo:

Since this form of combat mainly focuses on “fast kicking techniques” the weapon mainly used is the feet of the fighter.

The technique involved in the Taekwondo and training availability:

In terms of technique, a fighter basically uses “fast kicking techniques” to overcome an opponent in this combat form. So moves such as “head high kicks, jumping kicks, and spinning kicks” are mainly used in Taekwondo. Furthermore, this martial art form is based on a “5 tenet philosophy” and an “Oath”. They are as follows

While the oath is as follows

As for training centers/schools, there are a number of them available around the world for those interested in learning this “striking” martial art form.