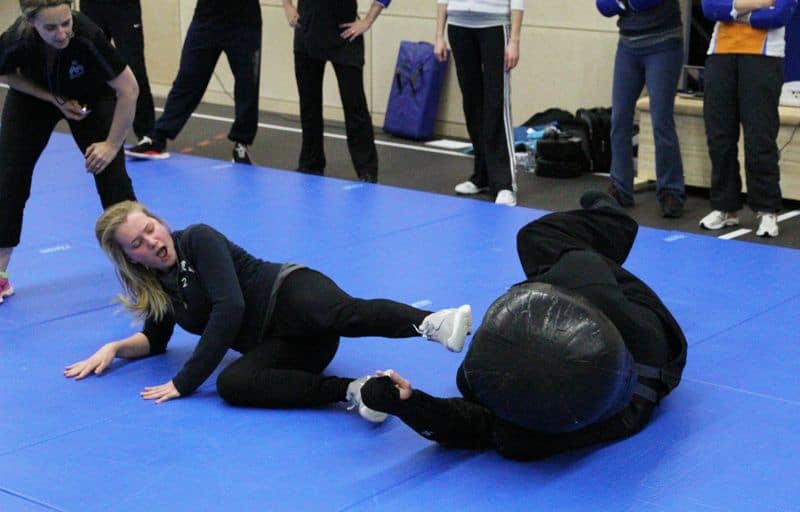 Renowned for using “Padded instructors” referred to as “Model Muggers” is a North American form of martial art known as Model Mugging. This “hybrid” martial art form is said to have originated from the United States of American, and is said to have been discovered by Matt Thomas, and developed by Danielle Smith, Julio Toribio,... Read More

a. History/origin of Model Mugging:

It was in the year 1978 that Model Mugging as a form of martial art for the first time made its presence felt in the American society, when it was mentioned in articles written in the “Human Behavior Magazine” and a newspaper called “The Chronicle of Higher Education”. Furthermore, the popularity of this form of martial art system surged even further when an article explaining the innovative mechanics behind it appeared in the “Black Belt” magazine. In addition, gradually Model Mugging began gaining popularity, receiving extremely positive media coverage, and was also written about in the “People” magazine. It was also used as form of psychology study undertaken by psychologist Albert Bandura to check the validity of a hypothesis that states “Perceived coping and cognitive self efficacy governs the effects of personal empowerment over physical threat”.

b. Weapon used in the Model Mugging:

“A padded instructor” called “Mugger” basically used in this form martial art as a weapon to simulate an attack, and thereby preparing the subject to respond appropriately.

c. Technique involved in the Model Mugging and training availability:

In terms of technique, the fighter usually uses self defense moves, methods of avoiding threats, or may even use verbal defenses. In addition, simulated attacks using a “padded instructor” are also used to prepare a fighter for an actual assault in this form of martial art. As for training centers/schools, there are a few available especially in the United States of America for those who are interested in learning this “hybrid” martial art form.