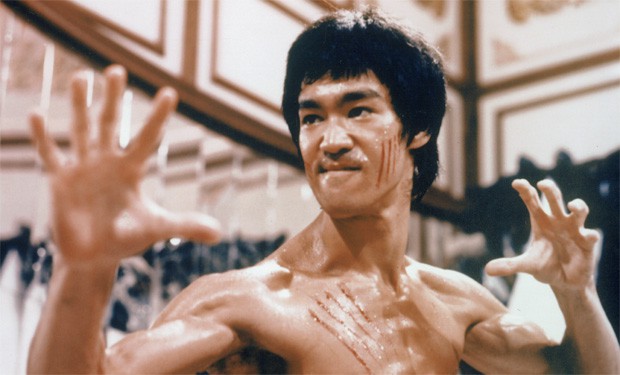 Most Popular Movies Based on Martial Arts

“Bruce Lee” left an indelible mark in the world of movies and was responsible for popularizing martial arts across the globe. He did it mainly through movies – an integral part of “popular culture” in human society. Now, there have been many movies produced by either the Hong Kong movie industry or Hollywood that has... Read More

“Bruce Lee” left an indelible mark in the world of movies and was responsible for popularizing martial arts across the globe. He did it mainly through movies – an integral part of “popular culture” in human society. Now, there have been many movies produced by either the Hong Kong movie industry or Hollywood that has been based on martial arts. Here is presenting a list of some of the most popular movies that revolve around martial arts.

“Fantasy mixed with martial arts elements” would be the best way to describe the 1995 Hollywood movie Mortal Kombat. Based on the concept of a video game, this film directed by Paul WS Anderson was highly successful at the box office. Revolving around a “mythical” tournament in which group of humans are chosen to save the earth, this movie makes use of some “brilliant” action sequences (that includes the use of martial arts), a “chartbusting” background score and “excellent” special effects. Its success resulted in a sequel titled “Mortal Kombat: Annihilation” which also was successful at the box office but received negative reviews.

Best remembered for being “Bruce Lee’s” last film (before his untimely death) is the movie Enter the Dragon. Produced by Warner Brothers this movie proved to be a blockbuster at the box office the world over. Comprising of some “enthralling” action sequences filled with some amazingly “quick” martial art moves, this film is highly “engrossing and entertaining” from start to finish. Above all, it is the “energetic and charismatic” presence of Bruce Lee which has ensured that “Enter the Dragon” is to date considered to be the “greatest martial art movie ever to have been produced”.

“Comprising of comic as well as elements of action” is the 1986 martial art based movie titled “Armour of God” written and directed by Jackie Chan.  In addition, to writing and directing Chan also plays the lead protagonist, a treasure hunter who has been given a mission to acquire three missing armour pieces which also includes a sword. Furthermore, this action packed movie (comprising of martial art based stunts) also possesses some wonderful comic scenes brilliantly enacted by Chan. The super success of this “Indiana Jones” inspired movie led to a sequel titled “Armour of God II: Operation Condor” which was released in 1991.

Inspired from events that supposedly occurred in the life of a martial artist called Frank Dux is the 1988 martial arts based Hollywood movie titled Bloodsport. It was this movie that brought actor Jean Claude Van Damme into the limelight, and helped highlight his ability as a martial artist. Revolving around a “Kumite” (a form of martial art) tournament, this movie is filled with breathtaking martial art skills. Having grossed about 65 million dollars at the box office, this film has over the years acquired “cult status” especially among people who love the martial art genre of film-making.

Way of the Dragon:

Also known as Return of the Dragon (mainly in the United States of America) is the 1972 martial art movie called Way of the Dragon. Starring the “charismatic” Bruce Lee as the protagonist Tang Lung who is hired to protect a restaurant owner from the menace of the mafia, this movie is filled with some exciting martial art sequences. Furthermore, this film also includes the renowned American martial artist and actor Chuck Norris as one of the antagonist. Proving to be a success at the box office, this film also became popular for being Lee’s only directorial venture to have been completed before his death.

Based on adventures of a cop in Hong Kong is the 1985 martial art based movie Police Story. Written and directed by lead protagonist Jackie Chan, this film was a great success at the box office. Comprising of some brilliant action sequences that combines “realistic” and “fantastical” elements, this movie is absolutely “enthralling” from start to finish. It was eventually the success of this film that led to the development of the “Police Story franchise”.

Why is “Bruce Lee” considered to be a legend in the martial arts world?
Previous Post
5 Most Lethal Martial Art forms in the world

Why is “Bruce Lee” considered to be a legend in the martial arts world?